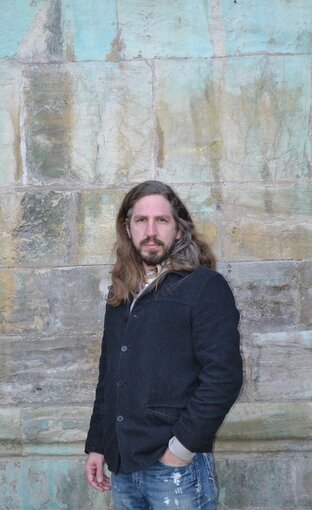 Alexander Morris was born in Cottonwood Heights, Utah, and currently lives and works as an abstract artist in the New England area of the United States.

Mr. Morris has a strong exhibition history at various galleries and exhibition spaces. While living on the west coast, he consistently took part in exhibits at the highly-regarded Springville Museum of Fine Art in Utah, as well as other assorted shows and invitationals. Since settling on the east coast, Mr. Morris has regularly participated in juried exhibitions in and around New England, including the National Art League in New York and West Hartford Art League in Connecticut. In particular, the gallery director of AS220 invited Mr. Morris to exhibit at its main gallery in Providence. Notably, Mr. Morris was honored to be one of eight artists featured at Attleboro Arts Museum’s elite 8 Visions exhibition in Massachusetts.

Throughout his career, Mr. Morris’s work has received awards including Juror’s Choice at Attleboro Arts Museum’s member exhibit (Massachusetts). Additionally, Mr. Morris has been highlighted in a variety of press articles and reviews.

​In 2013, Mr. Morris graduated from the University of Utah with a BFA, emphasis in drawing and painting. Prior to graduating, Mr. Morris won Best of Show and First Place in the Painting and Drawing category for Release at the BFA Senior Exhibition, which was juried by Meri Decaria, Director of Phillips Gallery. During his senior year, he was one of the recipients of the Howard Clark Scholarship, affording him a dual exhibition at Alvin Gittins Gallery. Mr. Morris also won first prize at the 2013 Annual Juried Show at Alderwood Fine Art, a show that was held in correlation with the University of Utah's Department of Art and Art History.

© 2013-2021 Alexander Morris. All rights reserved. All images, iconography, symbols, or similarities thereto, are the property of Alexander Morris and may not be used without his permission.